Mimi and Potts came to visit.. and to SPOIL Griffin! 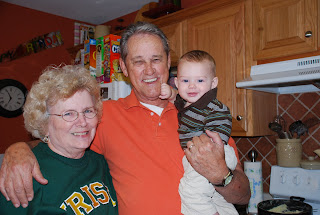 We were so excited to have Mimi and Potts come and visit us this past weekend. It was Mimi's birthday on Saturday so we celebrated when they got in town with dinner and a birthday cake! They immediately went to spoiling Griffin.. imagine that :) 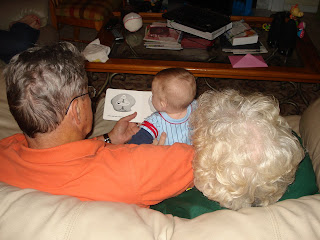 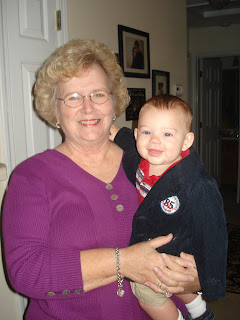 Mimi is full of laughter and it was so sweet because everytime she laughed Griffin would just look at her and laugh back ha! 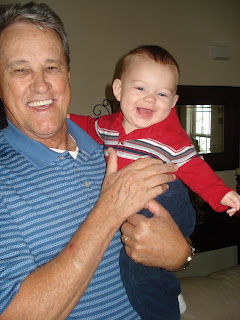 Griffin thought Potts was the greatest too. They had so much fun together and I loved watching it :) 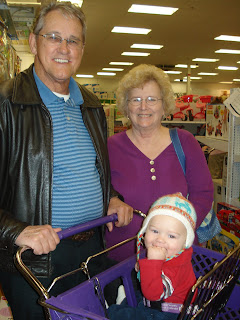 We went to Babies R Us and Griffin was SO spoiled. I am not sure who loved it more though, those that got spoiled or those that were doing the spoiling :) 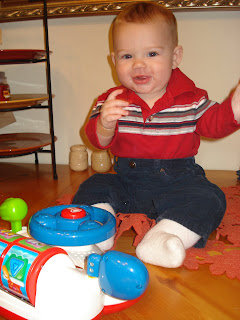 Here is the toy that Griffin got. We were looking for stuff for Christmas but he loved this driving toy so much that Mimi just couldnt make him put it back on the shelf. 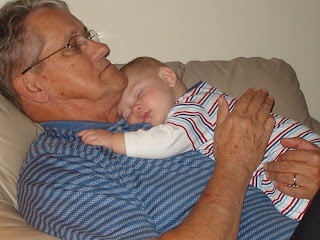 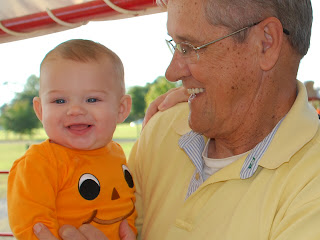 We went to the pumpkin patch together too! 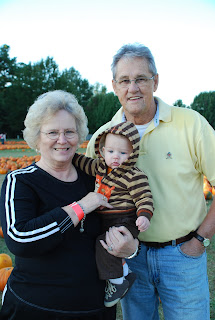 Thank you for the visit and please come back soon!
We love you!!!
Posted by Lindsey at 11:01 AM 1 comment:

Our niece is here!!! 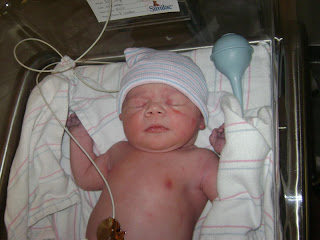 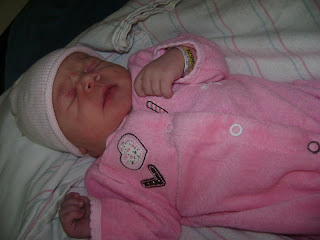 We had a wonderful trip back to Tennessee last weekend! It was very special because we got to take Griffin onto UT's campus for the first time so he could experience gameday at a tailgate in big orange country. We had tons of college friends join us and so he was able to meet them too! It was a very long day Saturday as we went to tailgate at 12:30 and then the game wasnt until 7:45. It was slightly chilly and the wind was crazy, but Griffin was such a trooper!!! Cici and Pipper came up to tailgate with us and they took Griffin back home with them so JR and I could go to the game. I dont know who was more excited, us being able to go to our first game in 2 years, or them because it was their first time watching him :) As you can see in some of the first pictures, VDiddy was trying to tell Grififn to cheer for Auburn instead, and he would have been better off since they did win. Oh well.. we still had a blast!!!

Sunday we had another big day of visiting family. Griffin has grown so much since the last time we were in 2 months ago in August. He also has so many new tricks to show off ha! Sitting up, playing with toys, babbling, eating cereal, swinging, and just being Mr. Personality! It was so great to see him interact with everyone.

We were lucky enough to make it a little longer weekend and didnt have to go back until Monday. We spent the afternoon waiting to see if our neice Olivia was going to come but sadly she decided she needed to wait. We did get to let Tristan and Griffin play together though. It was really the first time they could really interact since Griffin was never really old enough before. Tristan is so sweet to him, always wanting to hug and kiss him. One funny thing was he was trying to throw the ball with Griffin and accidentally threw it right at Griffin's head ha! Oh boys :)

We cant wait to go back again for Thanksgiving! Who knows what fun things Griffin will be doing by then!!! With so many pictures I decided to just do a montage so ENJOY!!

Photo and video editing at www.OneTrueMedia.com
Posted by Lindsey at 11:45 AM 1 comment: 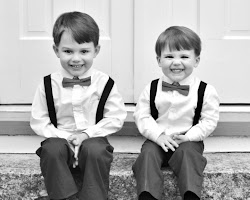 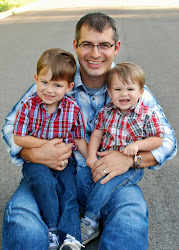 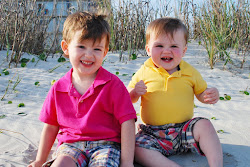 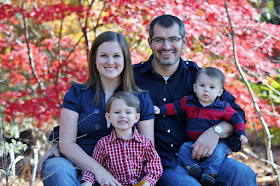 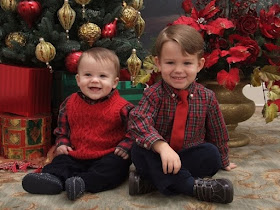 New to our blog?

Welcome to our blog!

We are so excited that you are visiting our page! We have just said "Yes!" to church planting and are beginning our training in Knoxville, TN. We hope to keep you updated on what God is doing in our lives and share some cute pictures of our boys as they grow along the way too! Thanks for stopping by! 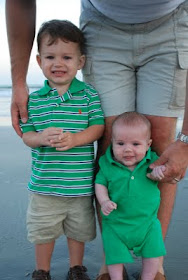 Visit these other blogs:

View all of our pictures online